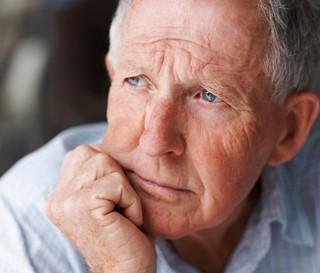 I can't do this by myself

Family members often feel overwhelmed, anxious and isolated while caring for a loved one with Alzheimer’s or other types of dementia.

Our Palliative Care for Dementia program helps patients at any stage of the disease, not just end of life. Some families only need it a short time to learn behavior management techniques. Others want support much longer. It  is funded through private payment from the patient/family and by grants.

Whenever you need help or advice, you can call and talk directly to a nurse or social worker, there's someone to turn to any time of day or night—never an answering service. (602) 636-6363

Home visits from a dementia educator who teaches behavior management strategies for Alzheimer’s disease and other dementias, and helps with medications, placement options and living wills.

Gillian Hamilton, MD, PhD, a nationally recognized geriatrician and dementia expert, can answer your questions by phone and consult with your loved one’s physician if desired.

Have questions about Palliative Care for Dementia?

In Sickness and in Health

Richard and Barbara Yavitt have been married nearly 60 years, caring for one another in sickness and in health. Now she’s caring for him at home, through the advancing stages of Alzheimer’s disease, with help from Palliative Care for Dementia.

Mabel Sawyer gives her husband Bob eight hugs six times a day. It’s the best medicine a wife could offer—especially to a husband with Alzheimer’s disease. “Those hugs mean so much,” she says.

But who’s there to hug Mabel?

After enrolling in Hospice of the Valley’s Palliative Care for Dementia program, the Sawyers receive home visits from dementia educators, 24/7 phone access to a nurse and phone consults with a physician who specializes in dementia.

Plus, once a week, volunteer Roman Obrycki visits to give Mabel some time to herself. “Bob and I play mahjong together on the computer,” Obrycki said. “We look at family photo albums. We sort pens and pencils in his collection. We keep busy.”

Mabel appreciates having a sympathetic ear, even in the middle of the night. “Once I was so upset, and the nurse listened and got me calmed down,” Mabel Sawyer said. “I could talk without feeling embarrassed. I could cry and let it out.”

Dr. Gillian Hamilton, program director, helped with medication issues. Bob suffered from a sleep disturbance that also kept Mabel up most of the night. Now, he is sleeping much better, and so is Mabel.

At 87, she was forgetting things and losing her eyesight. She couldn't take care of herself, her home—even her beloved dog. Thanks to a caring friend who reached out to Hospice of the Valley, Barbara is now safe and happy… and so is her pooch!

Understand changes in memory, thinking and function in individuals with dementia.

Learn about what can cause challenging behaviors, and how to deal with them.

The top questions that caregivers ask when learning about dementia.

Important strategies to help you communicate with someone who has dementia.

Ways to care for a loved one with dementia.